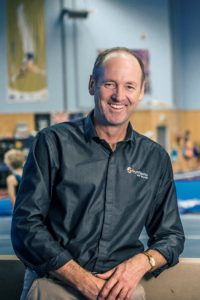 Members, I don’t know about you, but I can hardly believe that we are only days away from the one day (other than our birthday) we look forward to the most, each year. With such a busy end to the year I have hardly noticed that it is the ‘festive season’ but it is certainly looming large now. As we all try to complete the last few tasks before taking a break, I thought I would update you on what has been consuming my office in the second half of the year.

Often referred to as the foundation of gymsports, the community sport space involving our recreational participants, is the lifeblood of your organisation. The importance of this to you was no more emphasised than the record numbers (120+) who took part in the Gym For All (GFA) Symposium held over two days at Bruce Pulman Park in mid-October. This was followed up a month later when the newly formed GFA Steering Group met to begin the discussion regarding the future direction of this space for gymsports. This group was formed with the view that the needs of the community were not being met by GFA being individual parts of each codes Sport Development Committee (SDC). It is our hope that this strong group of GFA experts will complement the work Margaret Wilton – National Programmes Manager has been doing, in understanding your needs and how we can contribute in this space more effectively. 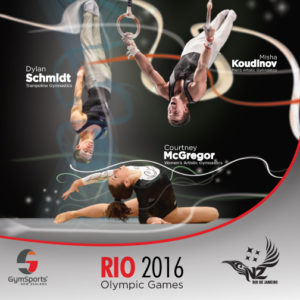 Having been involved in the extensive process of qualifying, nominating and then selecting our largest team to the Olympics since 1964, it was great to sit back and watch their fabulous performances in Rio. For all three athletes to finish in the top 16, and for Dylan to make the trampoline final, were fantastic moments we could all be proud of. Following up from this was the equally significant task of preparing and pitching the funding case for these athletes to High Performance Sports NZ (HPSNZ). The news received last week that two of our athletes would receive campaign funding for the next two years, was tremendous. To be on the radar of significantly influential partners such as HPSNZ is a real boost for the profile and credibility of our sports. I am often mindful that to ‘be in the discussion’ you need to ‘be at the table’ and that we are now, is a testament to the hard work done by the athletes, coaches, parents, and clubs.

Typical comments that follow significant involvement in an Olympics, often centre on what the NSO is now doing to follow that up at the next games, in Tokyo in 2020. Securing additional funding for direct contribution to athlete campaigns is a good start. However, we do need to look deeper and see how we can capitalise on the great work that is going on in our communities, the MAG Squad 360 programme being a good example. We need to look at how we can complement this good work and contribute to developing athlete pathways that deliver results. As indicated earlier, this does begin at the GFA level, however, talent identification and development through to the performance pathways, requires specific intervention. The recent WAG initiative to appoint Mary Wright to the SDC as a Performance Coordinator is one such way of targeting resources and focusing input into specific areas. I look forward to working with Mary, and indeed the other codes, in ensuring alignment with the NZOC and HPSNZ and the high performance principles and expectations that guide them. If the ‘Rio process’ has told us anything, it is that without this alignment permeating the performance development pathways, exposure at the pinnacle level will remain more a matter of good luck than good management. 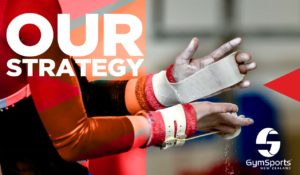 The strategy work done earlier in the year has now resulted in the final strategic plan that has just been released. It is a succinct document that drives to the heart of what you, the members and key stakeholders have told us, matters most to you. We have begun to live this strategy by applying the plan to the 2017 budget. A total rework of the budgeting process, to align its structure with the strategic plan, has seen the organisation establish a far greater degree of clarity around where and how organisational resources are expended against strategic outcomes.

This plan will permeate multiple layers of our operation to ensure alignment and maximum return on investment. This is no more critical than now, where we are applying for the first time, the full force of the annual $400k funding cut, in the budgeting process. We are having to do this with a huge dose of realism about what you want us to do, what we want to do for you and how much we can afford to do. This realism applies also to your expectations, in that things may take longer to get done and we may not be able to do everything you want us to. You can however, be assured that what we do deliver, will be aligned to the strategy you have mandated and be to the best of our resource ability. 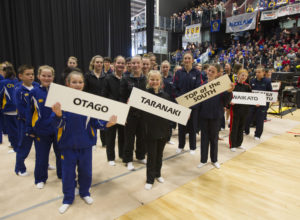 What a year for events! The National Championships in Invercargill was a huge logistical and resource undertaking for your organisation, as well as the local community hosting, and for everyone who attended. The overwhelming response was very positive with much of the feedback received indicating that this was the ‘best Nationals yet’. This was quickly followed by our hosting of the international competition, the Indo Pacific Championships for Trampoline and Tumbling in Napier. A significant undertaking that again was met with enthusiastic approval from all participating countries. My thanks to the GymSports NZ Team who worked a tireless month during these events and also to all the community volunteers who helped in the planning, set-up and delivery phases of both events. You were immense, and we could not have done it without you. The boundless energy and commitment to the sport you show, never ceases to amaze, and reassure me.

Next year could see some potentially significant change to how, Nationals in particular, is run. The lack of interest, in the expression of interest process run recently for hosting / co-hosting Nationals, gives the organisation a mandate to do some serious thinking about its involvement in this space and how best to maximise the return on the membership investment made on it each year.

My last update indicated that the provisional acceptance of Fiji, American Samoa and the Cook Islands as member federations of the FIG would be upgraded to full member status at Congress in October. I am delighted to say that this occurred. What did not occur was the subsequent recognition of the now satisfied requirement of 5 member federations of Oceania, as a fully-fledged Union of FIG. Hence the term used above of OGDG will refer to this group over the next two years before Congress meets again. There were a number of concerns raised by FIG regarding the immediate recognition of Oceania as a Union. We look forward to working with incoming President – Morinari Watanabe and his team, in addressing these concerns and satisfying all requirements to enable the proper recognition by FIG of Oceania as a Union in its own right.

The five member nations of the OGDG met for the first time in Fiji in September. This was to set out the vision, purpose and constitution of Oceania, and also to elect officers. I am delighted to report that Dr Denis Mowbray was elected President of Oceania, for an initial term of four years. This will mean a more active role for NZ in the development of the Oceania region, and also a strong voice representing Oceania at the international table, that is FIG. 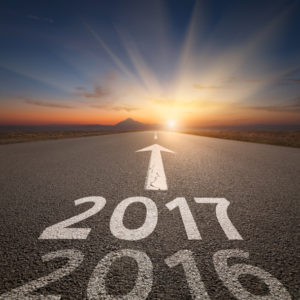 The 2017 year looms large, and there are a number activities and challenges to be met throughout the year. There is the reaccreditation of judges in line with the Olympic-cycle codes of points changes and the associated changes to courses. There is also GymSchool and the FIG Academy early in the year to look forward to. The long-awaited SDC review and restructure will be completed before the AGM in May. A significant project regarding database will be conducted during 2017 and we will continue to build on the progress made this year on our communications platforms and mediums. The strategic plan will continue to be embedded into the organisation and work on the programmes and pathways spaces will progress.

These are but a few of the areas of focus, but before we get to them – holidays. Often we are so busy doing that we don’t take time to stop, reflect and celebrate. It has been a challenging year on a number of fronts, but along the way, a lot of great things continue to be achieved in the world of gymsports. Thank you for whatever role you have played in achieving these successes.

Stay safe over the festive season, have a very merry Christmas, and a happy new year.