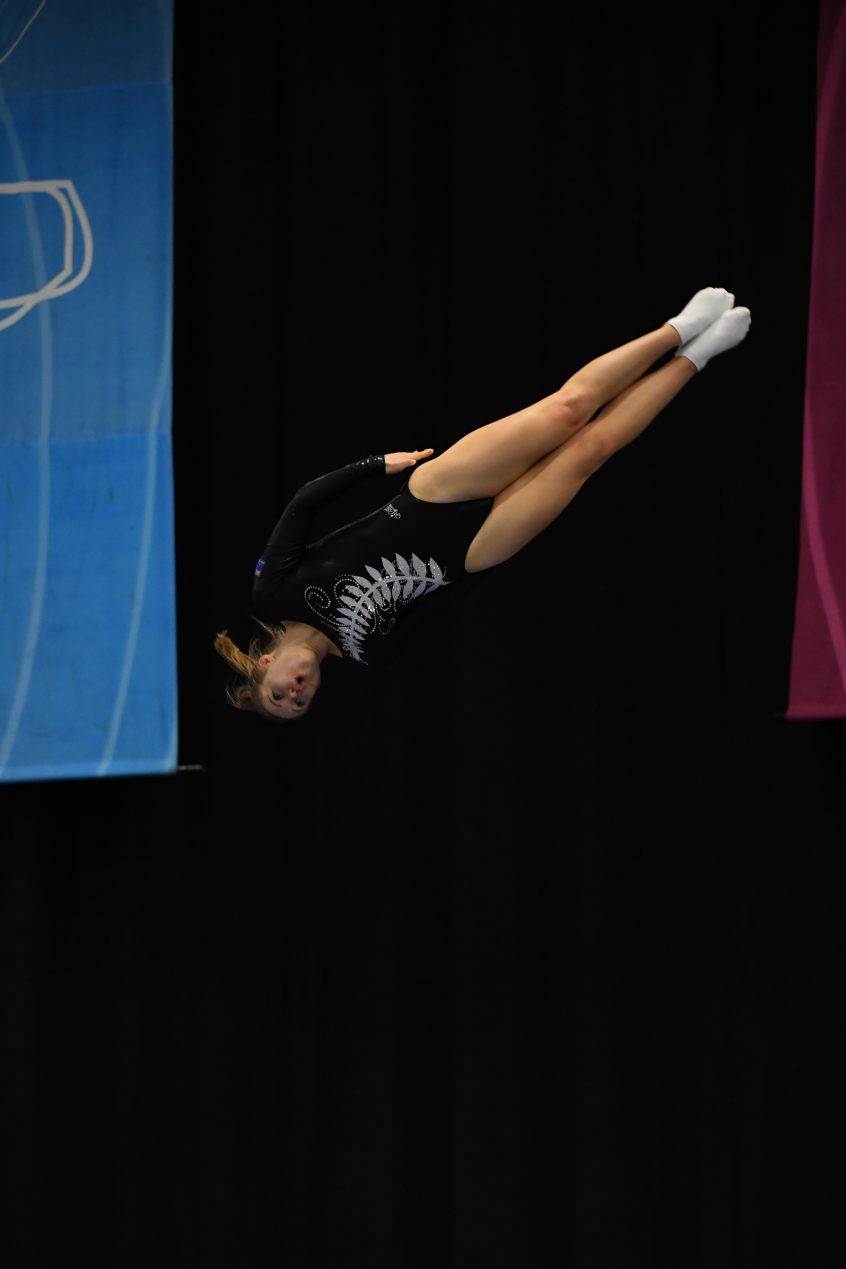 New Zealand trampoline athlete Madaline (Maddie) Davidson has provisionally qualified a spot to the Tokyo 2020 Olympics after an outstanding performance at the Aere World Cup in Brescia, Italy, on the weekend. If selected to the New Zealand Olympic Team, this would make Maddie the first female from New Zealand to ever compete in trampoline gymnastics at the Olympics.

Trampoline gymnastics was introduced to the Olympics in 2000 and Dylan Schmidt was the first New Zealand athlete to compete in the event in Rio 2016. Now Maddie could add to the history books, by being the first female.

Olympic qualification works on ranking points, awarded from named events over the last two years. Going into this last qualification event, Maddie was ranked within the top 16 qualification spots, but there were three others also competing in Brescia, close in points, meaning out of the four of them, things could go either way.

“We knew I needed to at least make finals to confirm a quota spot. It was also my first [senior] open finals so I was super excited.” Davidson remarks.

“I was over the moon when I realised we had secured the quota spot. It is a real honour to compete for your country, and if I get the chance, being the first female at the Olympics will be something I’ll take a lot of pride in. I grew up watching some amazing female trampoline athletes who were always looking to break through boundaries and those athletes helped inspire and motivate me to do the same. I hope to be that for the young girls in New Zealand.

“I remember the first time I thought about wanting to go to Olympics. I was watching it for the first time in 2008 (I started trampoline in 2006), but I never truly believed it was an achievable goal for me until 2017 when I medaled at the World Age Group Championships. That competition really opened my eyes to what I could achieve in the sport.” Davidson recalls.

Maddie joins men’s artistic gymnast Mikhail (Misha) Koudinov who qualified the Oceania spot for Tokyo Olympics last month in Australia. If selected to the New Zealand Team, this will be Misha’s second Olympic Games. Rio 2016 trampoline athlete Dylan Schmidt is also up for selection. If all three athletes are successful with selections, the gymnastics trio will match the size of the contingent in Rio, being the biggest equal gymnastics representation since Tokyo 1964.