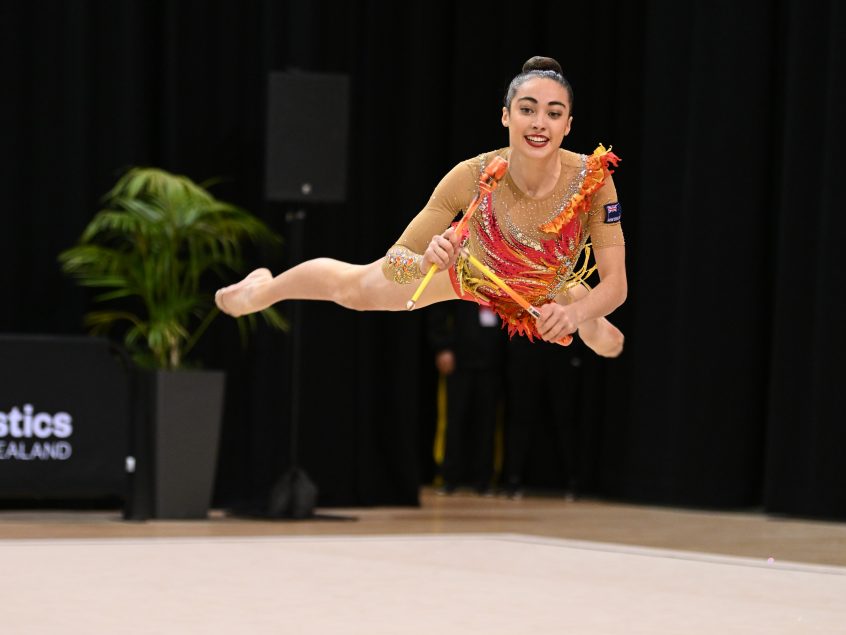 Four days of non-stop gymnastics have ended in Invercargill today.

In aerobics, rhythmic, mens’ and women’s artistic, and trampoline gymnastics, forty-three prize givings have seen more than 1,500 medals awarded across 230-odd events within the championships. Though amongst all those medals, was only one perfect score.

Men’s artistic level 4 athlete Sean Dawson representing Whanganui/Manawatu earned a perfect score of 12.000 for his vault on Wednesday. The 10-year-old from Fielding trains at Manawatu Gymsports and was ‘pretty happy’ with his perfect score.

One judge commented that his lines were perfect and he landed like a feather. Sean then scored an 11.900 for his second vault. “I swung my arms when I landed my second vault, so I knew that wasn’t going to be a perfect score,” says Sean, albeit close to it. Sean and twin brother Harry have been doing gymnastics for three and a half years, with this being their first nationals. Harry also picked up a couple of medals.

On-demand viewing of the event is available at bit.ly/watchnzgymchamps2022.