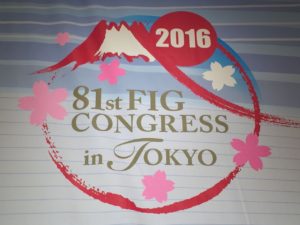 Some exciting results at the Federation Internationale de Gymnastique (FIG) 81st Congress in Tokyo yesterday as three new Oceania federations were announced and a new President of the FIG was elected.

American Samoa, Cook Islands and Fiji were all officially recognised and ratified as full member federations of the FIG, bringing the total number of Oceania Federations to five. The significance of this for gymnastics in New Zealand, and indeed the Oceania region, is that this now meets the statutory requirement of the FIG with regards to the formation of a continental union.

In attendance at the Congress, representing New Zealand was CEO of GymSports NZ, Tony Compier, and Dr Denis Mowbray, President of the Oceania Gymnastics Federation Development Group and Chairman of GymSports New Zealand.

“The recognition of American Samoa, Fiji and Cook Islands was the first in a number of steps required to become a fully affiliated Union of the FIG. Attendance at Congress has provided the opportunity to meet with the incoming FIG President, Vice Presidents and executive, whose support is critical for the development of Gymnastics within Oceania Union and New Zealand,” said Dr Mowbray.

Aruba, Cameroon and Saint Vincent and the Grenadines made up the total of six new federations unanimously accepted into the FIG, to bring the total number of FIG members to 148. 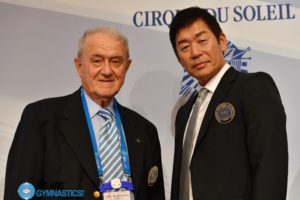 Morinari Watanabe from Japan is the first ever non-European president of the International Gymnastics Federation (FIG). A former gymnast himself, Watanabe, 57, joined the Japanese Gymnastics Association in 2001 with the mission of leading a “Revival of Japanese gymnastics” following medal-less performances at the 1996 and 2000 Olympic Games. Japan has won medals in Gymnastics at every Games since. He also notably headed the organising committees of the 2009 Rhythmic Gymnastics World Championships in Mie and the 2011 Artistic Gymnastics World Championships in Tokyo.

As Director of the Sport and Leisure Division of AEON, Japan’s largest retail company, Watanabe is a sports business management professional for whom “the 21st century’s Industrial Revolution comes from sports.”

“The time has come now for innovation in Gymnastics. Today we sent a strong message to the world. Our Gymnastics is not a sport that is popular only at the Olympic Games. Gymnastics is now and will be the king of sports.” Watanabe.

Pre-Congress tour of Tokyo with delegates from Slovenia and Nepal 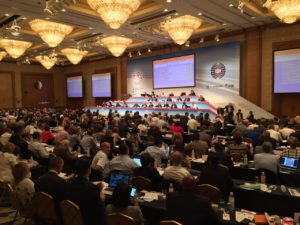 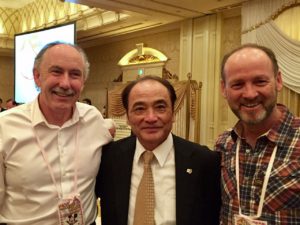