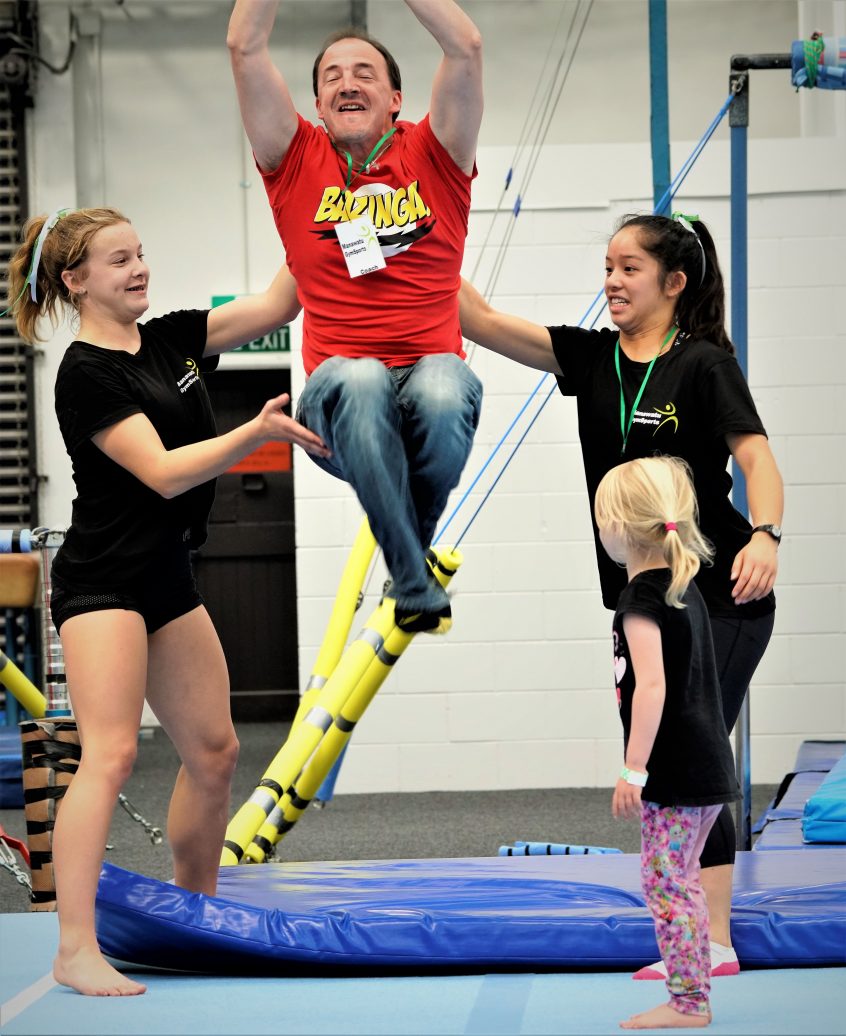 In 2017 Manawatu Gymsports completed a Coach & Judge Education plan with Central RM Megan Russell. Combined with the new qualification requirements, this highlighted to them that they had a gap in formal coaching qualifications in the club. The club had already been working very hard on areas of growth, and an unplanned move of venues; consequently education had not received the focus it needed. With the support of Megan, the club decided to put a major focus on this area in 2018 and as a result are now in a very strong position going in to 2019.

So how has the club got into this position? As part of the discussion while developing the Manawatu/Whanganui Regional Action Plan it was identified that Manawatu Gymsports as a club had struggled to train coaches for a number of years due to financial hardship, not having a dedicated person to support new coaches and lack of culture around the development of their staff.

In mid-2017 the Committee undertook a Strategic Review of the club and formed a new management structure comprising of a Centre Manager and 3 code Head Coaches. This meant that the club was changing and ready to tackle these issues. Whilst being supported by a strong committee, the President combined with the new manager understood that without high quality, confident coaches the club was stalled with no new programmes, or new ideas etc. The first of many steps was to create a transparent open relationship with all coaches where they could meet with their Head Coaches or Centre Manager at any time. The strong working relationship between Gymnastics NZ, Committee, Management and Coaches has remained pivotal to the continued ability to tackle areas that were lacking before.

As part of the issue was financial priorities, as it is for all clubs, the club created a number of fundraisers for all sorts of things including coach education. Through the Regional Action Plan, Manawatu GymSports completed an education plan for all their coaches and judges and as a direct result received $2403 investment from Eastern Central Community Trust to go towards coach education. The club also updated their grant funding calendar to include coach and judge education and their application for a grant of $3,000 towards the cost of further education was successful which will allow them to continue on this path in 2019.

In 2018 the club trained the following coaches:

The club has updated their education plan and has identified 4 for Coaching Today, 8 for Understanding Movement, 10 for Elementary Coach across three codes, 2 for Junior Coach and one for Junior Advance for 2019.

The club also worked hard to change the culture around coaching, creating a positive forward focused group of staff who take their role seriously and who feel valued and invested in. The club holds coaches meetings, social functions for coaches, coach of the month awards, and maintains a closed facebook page to share tips, ideas, reminders, positive feedback from parents and generally keep the coaches engaged. If a trained coach moves to the area and approaches the club, they have worked with them to create classes rather than turn the coach away.

This hard work has resulted in a significant increase in trained coaches on an education pathway and a motivated and committed team. Congratulations to Manawatu GymSports for seeing the value in investing time and resource into your coaching team and for prioritising them alongside your athletes.