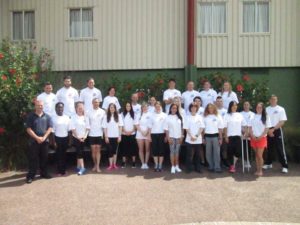 The FIG Level 2 Academy (which doubles in New Zealand as the Senior Coach Course) was held from 9-16 January, the first international Academy this year. The course was an intensive seven days and culminated with theory and practical exams for all twenty four participants. The group of WAG and MAG coaches from New Zealand, Australia and Philippines became a close-knit team throughout the week as they studied and worked together to pass their exams.

The week was capped off with a visit by new FIG President Morinari Watanabe, who addressed the Academy on the importance of coach education. It is the second time the course has been held in New Zealand. 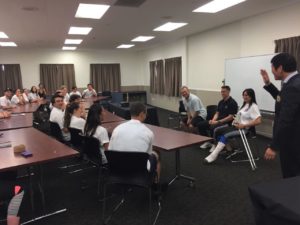 Here’s what some coaches had to say about the Academy…

“Great course well run and well supported, definitely recommend it to others and would be interested using it for upskilling in a number of years time” – Michael Cole (Hamilton City Gymsports)

“Overall I really enjoyed the course, the presenters where amazing and could not have asked for better.” –  Ryan Tedford (Mt Tauhara)

“Thanks for an awesome event.” – Nicola Ludwig (Gisborne Gymnastics) 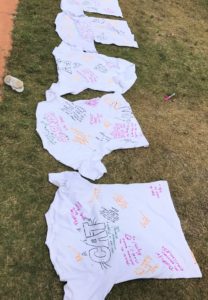 “I attended the FIG academy last week!  It was one of the hardest yet amazing weeks of my life! We learnt and consumed so much knowledge, I was wondering if it would ever stop or would we actually be able to remember stuff for our test! We survived and I was happy with my test results!  This course was filled with the kindest, most helpful, friendly people I’ve ever met! Everyone was eager to work together and help each other with our assignments or understand the theory. I truly believe that without this great group of people I wouldn’t have got through the week let alone passed!” – Gemma Fleetwood (Hutt Valley GymSports)