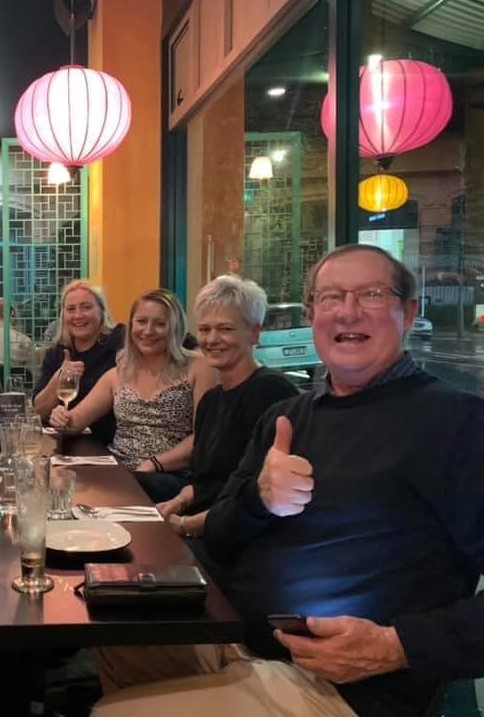 At the 2019 Annual General Meeting held on Saturday 18 July 2020, the Gymnastics NZ Honours Committee had the pleasure of awarding Howard Hill Life Membership.

In 1999 Howard Hill was awarded a Meritorious Award in recognition of his
service in relation to 25 years of WAG service via Coaching, Membership of the WAG Technical Committee, NZ Official at Pacific Rim, World Championships, Lecturer at National Gymnastic School and a conductor/presenter of Coaching Courses throughout NZ.

Throughout the 20 year time period from 2000 through to 2020, Howard has
continued his service to Womenʼs Artistic Gymnastics in New Zealand via a
wide range of notable international, national and regional selfless, distinguished and innovative service to the benefit of Gymnastics in New Zealand. His notable National Service includes:
During the late 1980ʼs, the Nelson and Marlborough regions had increased their gymnastics strength in administration, coaching and gymnast skills to a level that resulted in the NZGA approval to separate of these regions from Wellington and the establish the Top of the South Region. In the 1990ʼs this was followed on with the building of a fully setup facility for the Nelson Gymnastic Club. One of the major contributors to these achievements was Howard Hill.

In the late 1990ʼs Howard was co-opted into the NZG High Performance
Program as a Coach to assist Lyn Johnston. At this time he was a Presenter for GNZ at the National Gymnastics School and for Coaching Clinics and also a Junior Judge.

From 1986 he was Member of the NZ Womenʼs Technical Committee whom
established regional squads and clinics for the gymnasts in the Levels Program. Howard was active in testing and training the squad coaches and gymnasts and shared his knowledge to develop both the gymnasts and their coaches to a higher standard.

Where talent existed gymnasts progressed to the Diamond Development
Program (sub-junior Elite Development Program). Working under the guidance of Lyn Johnson, Howard was responsible to share his knowledge and bring both gymnasts and coaches through into the International Stream.
From 1985 through to 2016 Howard has represented New Zealand Gymnastics as a team official at 12 international events, of note Assistant Coach 1989 and 1991 World Championships and 1990 Commonwealth Games; Coach at Australia Championships, Australia Club Championships, NZ Levels team to Namibia and Hawaii.

From 2000 onwards to this current day Howard has lead Development Clinics in various regions, including Hawkes Bay/Poverty Bay, Taranaki, Wellington, Top of the South and Southland.

Over a long time span, he has been an “on-call” coach who has assisted various Clubs and Regions as a Senior Coach at National Championships and as a “fill-in” coach for Clubs to cover for coaching shortfalls.

Howard Hill continues to challenge NZWTCʼs thinking and programming. He
continues to this day to identify talented gymnasts he has observed at regional clinics.

Overall, for a period of 40 years, Howard has given selflessly to the sport of
Gymnastics in New Zealand; had led the Nelson Gymnastics Club into the well-established business it is today. He has continued to support the development of gymnastics nationally at all levels.

Mr Chairman, the Honours Committee recommends to this Annual General
Meeting that Howard Hillʼs service to Gymnastics in New Zealand be
recognised by presenting him with a Life Membership and I would ask you to so move.