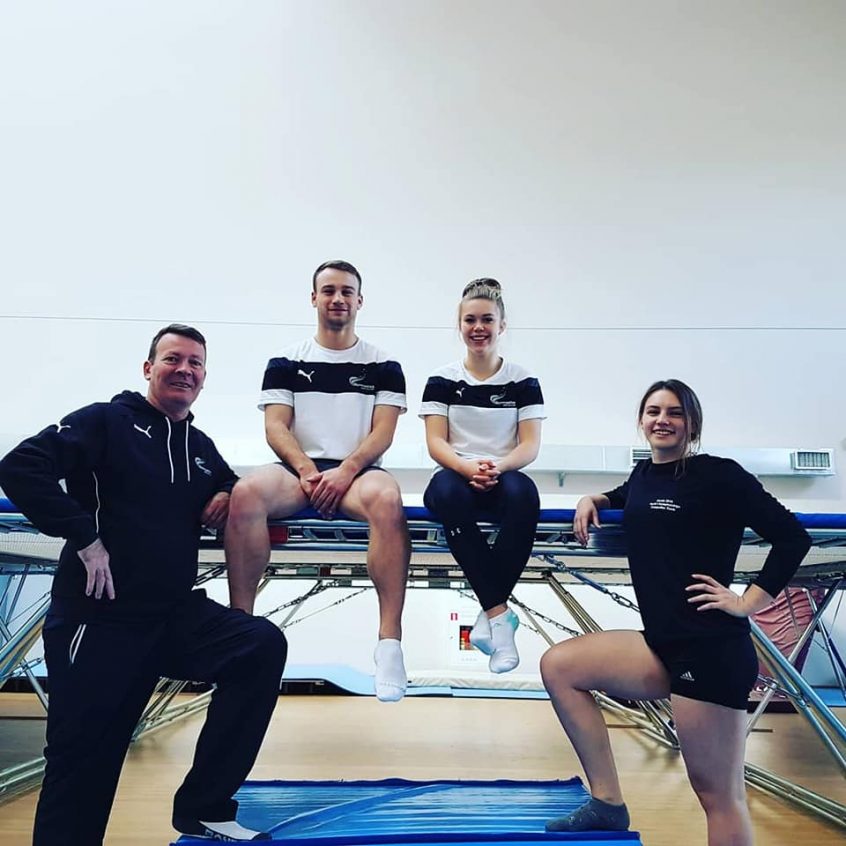 Eleven months after having knee surgery, Rio Olympian Dylan Schmidt (Icon Trampoline) returns to the trampoline world stage at the World Cup in Baku, Azerbaijan, where he finished 5th.

Two months later at the World Cup in Minsk, Belarus, he bettered that by one with a 4th place finish. A mere 0.225 off podium and only 0.81 from gold. A fantastic result for only his second competition back.

Maddie Davidson (Olympia Gymnastic Sports) and Alexa Kennedy (Icon Trampoline) also competed both World Cups, with mixed results through individual and synchro. Though in Minsk, their synchro routine put them through to finals, where they won bronze. An excellent result for the girls. And for New Zealand also. We last won a World Cup synchro medal with Dylan and Kierran Tuhi in Portugal in 2015, where the boys won silver.

The Trampoline World Cups are qualifiers for the Tokyo 2020 Olympic Games. Athletes best three results at World Cups are used to rank all athletes, with the top athletes being eligible for quota spots at the Games. The first lot of rankings were released after World Cup Minsk, with our athletes holding the following:

Congratulations to the team on their results so far. We wish you all the very best for the remainder of your Tokyo qualification journey.