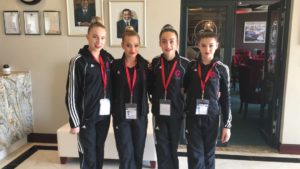 The team, consisting of Stella Ebert and Havana Hopman from Xtreme Rhythmix in Auckland, Grace Schroder from Counties Manukau and Anna Taylor from Diva Rhythmic in Christchurch, took bronze (141.2) in the team event after South Africa (142.2) and Malaysia (175.5).

Grace Schroder placed fourth in rope, sixth in hoop, fifth in clubs and made the ball final.

The two per country rule leaves no official placings for Havana and Anna.

Marnie Sterner and Erica Thorby from Xtreme Rhythmix accompanied the girls to Namibia as a judge and coach respectively.

Full results will be uploaded here when released. 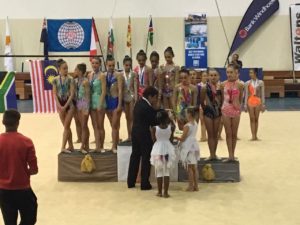 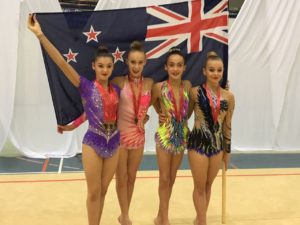 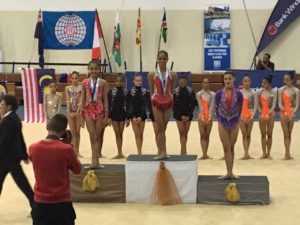