Teammate Charlotte Ryan from North Harbour Gymnastics, unfortunately withdrew from competition due to a training injury.

The girls reckon it was the locally cooked eggs they had for lunch that gave them the edge for their performances. 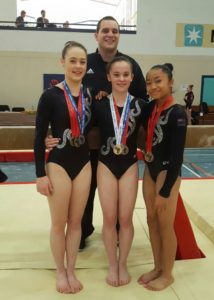 A full set for Stella Ashcroft.

Stella and Samadiana with Lawrence, who cooked them ‘super eggs’ for lunch. 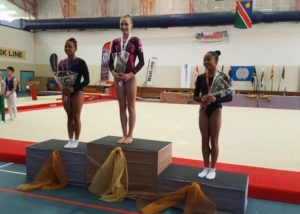 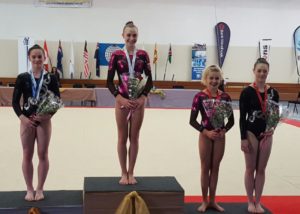 About GymSports New Zealand
Based in Auckland, GymSports NZ is the national body responsible for the development, promotion, governance and leadership of gymsports throughout New Zealand.  Gymsports encompasses both men’s and women’s artistic gymnastics, rhythmic gymnastics, aerobics and trampoline.  More at gymnasticsnz.com .