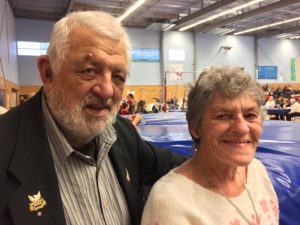 Over the weekend of 22-23 July it was the 20th anniversary of the Mason Gillespie Memorial competition. Every year at this competition we remember Mason Gillespie, Stewart and Fraser Kendall, three well respected young men who were much loved members of the Tri Star Club. On Sunday of the competition I met Peter and Merryl Gillespie on the floor at Tri Star and they told me the story of their son Mason. Twenty years ago Mason was a MAG athlete, a coach and a judge at Tri Star at 22 years old. He loved gymnastics and he loved having fun and often he combined these and dressed up as a clown at the gym and practiced with his mates Stewart, Fraser and others.

It was a big shock when Mason and four of his mates were killed in a plane crash in Queenstown. In their short lives all three young men had achieved so much and everyone was very proud of them. Jenny and Mark Jujnovich had known Mason and his family for years and they asked Mason’s parents if Tri Star Club could dedicate a competition to Mason. 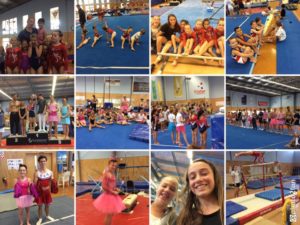 Peter and Merryl Gillespie always visit the Mason Gillespie Memorial competition and the Prize Giving at the end of each year. They love to see young children enjoying the sport of gymnastics and they hope they participate with the same love of life, friendship and sense of fun that Mason, Stewart and Fraser enjoyed throughout the time that they themselves were involved in the sport of gymnastics. 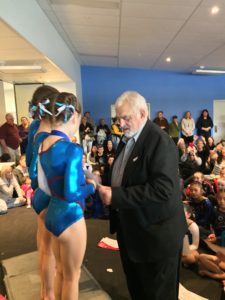 Peter presents at the competition 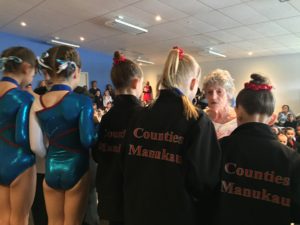 Merryl presents at the competition