Formally of Wellington, Mackenzie has been living in Christchurch and competing for Christchurch School of Gymnastics for the past three and a half years. In 2013 she competed in her first international competition in Perth where she won gold on vault with a team gold.  This proved just the start of her international career with Mackenzie since named in New Zealand teams to compete at World Championships, Commonwealth Games and Pacific Rim events. 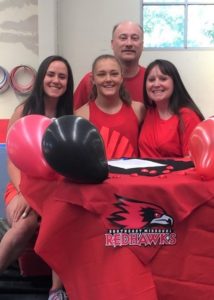 Southeast Missouri gymnastics Head Coach Kristi Ewasko said they are excited to welcome Mackenzie to the Redhawks family for the upcoming season.

Mackenzie’s signing was done at CSG earlier this month.  We wish Mackenzie all the very best for her college career and look forward to watching her progress. 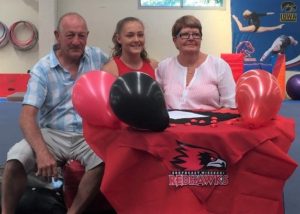 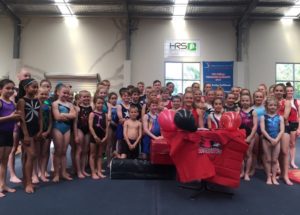