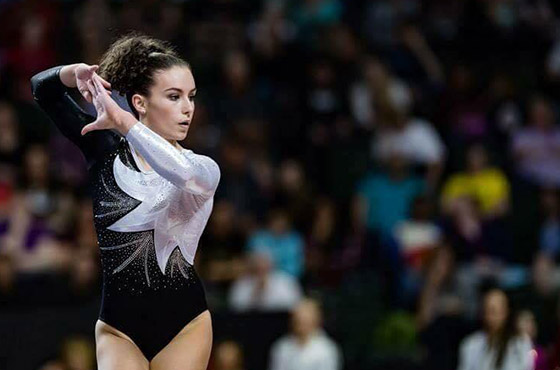 Gymnasts Courtney McGregor, Mikhail (Misha) Koudinov and Dylan Schmidt have been selected to the New Zealand Olympic Team to Rio, making up the largest gymnastics contingent to represent New Zealand in over 50 years.

This will be the first time since the Sydney 2000 Games that a New Zealand gymnast has competed at an Olympic Games. 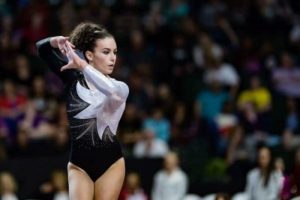 All three first time Olympians have also made history as the first New Zealand trio to compete in three different gymnastics disciplines at an Olympic Games, as well as qualify directly through the international quota system, at the recent Rio Olympic Games test events.

While McGregor and Koudinov represent New Zealand in the men’s and women’s artistic gymnastics discipline, Schmidt ticks another historic box, becoming New Zealand’s first ever trampoline athlete to compete at an Olympic Games. 18-year-old Courtney McGregor from the Christchurch School of Gymnastics has been making her mark on the world stage since 2012. She had a particularly strong showing in 2014 with a history making vault final at the World Cup in Doha, followed by a silver medal in vault finals at the Pacific Rim Championships. She then stepped it up with a 17th place vault finish at the World Championships last year.

McGregor will compete on all four apparatus in Rio, with a stronger focus towards her specialty apparatus of vault.

Speaking soon after her selection was confirmed, McGregor was both thrilled and relieved to have her spot in the team locked in.

“When I first found out it didn’t feel real and it took a while to actually sink in. But then I did a handstand lap around the lounge! I am proud to be going as so many people have worked towards this,” said McGregor. 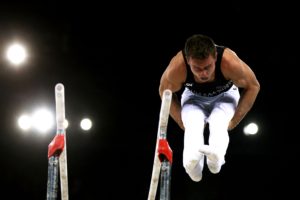 24-year-old Misha Koudinov from North Harbour Gymnastics began his international career when he was named as the youngest member in New Zealand’s 2006 Melbourne Commonwealth Games Team.

Koudinov then took up a four-year college scholarship with the Ohio State Buckeyes in 2010 where he continued to climb his way up the world rankings, finishing just 0.234 off making the parallel bar finals at the World Championships last year.

Misha will compete on all six apparatus in Rio, specialising in parallel bars.

For Koudinov, Olympic selection is a massive milestone after many years of hard work and dedication.

“I felt like I was 10 years old on Christmas morning, and Santa got me exactly what I wanted. I’ve known I’ve wanted to compete at the Olympic Games since I started gymnastics – I felt it was my destiny to dedicate my life to it and reach as high as possible,” he said. 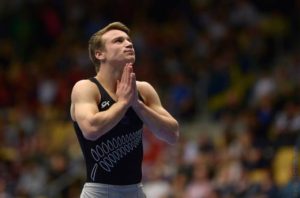 For 19-year-old Dylan Schmidt, selection into the Olympic Team today cements his spot in the history books tops off an impressive few years in the sport.

From Extreme Trampoline in Onehunga, Auckland, Schmidt secured his place for Rio in emphatic fashion winning a silver medal at the Olympic Test Event last month. This followed on from strong performances in 2015 also, with a top 10 finish at last year’s World Championships in Denmark.

“It’s a surreal feeling to have been selected to the New Zealand Olympic Team and a huge honour to be the first New Zealand trampoline athlete to do so,” he said.

“I can’t wait to compete on the biggest stage, representing my country and doing the best that I can.”

“This is an historic day for gymsports in New Zealand. This is our largest number of athletes selected to an Olympic Team since Tokyo 1964,” he said.

“It is also the first time that athletes from three different disciplines have qualified directly through the international qualification system. This means that not only have these athletes qualified by merit, but all three have made a strong case for targeting an Olympic Diploma (top 8 placing) in Rio.”

“It is brilliant to be able to welcome Misha, Courtney and Dylan into the Olympic Team to Rio. They have each worked extremely hard over many years to get to this point and New Zealanders will be thrilled to have three gymnasts to get behind and support in August this year,” said Smith.

“One of the exciting aspects of any Olympic Games is the great mix of sports across each team and to have both men’s and women’s artistic gymnastics represented in Rio, as well as Dylan on the trampoline for the very first time, is extremely special and unique to this New Zealand Team.”

Artistic gymnast Theodora (Dido) Gotz, who was one of the three athletes in the New Zealand Team to Tokyo, was on hand to congratulate the athletes selected for Rio also, some 52 years after competing at the Olympic Games herself.

Interviews will be facilitated with Dylan Schmidt and Courtney McGregor following the announcement.

SKYPE interviews will also be available with, US-based, Misha Koudinov.

In addition, both Dylan and Courtney will be performing a demo routine in their respective disciplines following the interviews.