We are super pleased to announce that the New Zealand Olympic Committee has officially selected the gymnastics support staff who will accompany our athletes to the Gold Coast 2018 Commonwealth Games next month.

David is the coach to four out of five of the selected athletes. David is NZ’s most experienced MAG coach having attended the last 3 World Championships as MAG Head Coach. David has also been part of the NZ Olympic Team as an athlete in Sydney 2000 and Kuala Lumpur 1998 where he won bronze on floor.  David is Programme Manager at Auckland’s Tri Star Gymnastics. 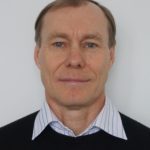 Alexander (Sasha) is the coach to Vancouver based selected athlete Devy Dyson. Sasha has 37 years of coaching experience – 15 years in Russia, 14 in NZ and the last 8 in Canada. He has been selected to the NZ MAG team previously as a coach for the World University Games 2017, World Cup Hungary 2017 and the 2017 World Championships. Sasha was coach to 1996 Olympics Russian gold medallist Evgeny Podgorny. Also an ex-athlete, his career highlight was winning gold on floor at the USSR University Games.  Sasha currently coaches at the Phoenix Gymnastics Centre in Vancouver. 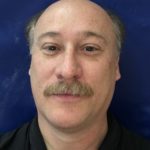 Terry is the WAG NZ Head Coach and primary coach to selected athlete Stella Ashcroft. Terry has been coaching for 35 years, in the US before coming to NZ in 2016. Terry has coached at the World Champions Centre in Houston and worked with 3 Olympians, including Simone Biles. Terry moved with his wife and four children to New Zealand in 2016, bringing extensive knowledge and experience to our coaching community.  Terry and his wife both coach at Christchurch School of Gymnastics. 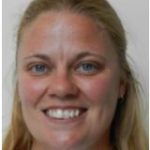 Erica is the coach to NZ selected athlete Stella Ebert. She has 25 years coaching experience both here in NZ and internationally. Erica has been selected as a NZ Coach to the 2016 Junior Commonwealth Championships, 2017 Australian Championships, 2018 Australia Cup and 2018 AGF Trophy in Baku.

We congratulate David, Sasha, Terry and Erica on their selections to the NZ Team and wish both them and their athletes all the best with their preparations and competitions at the Games.