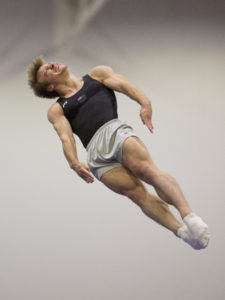 The two senior titles have been won tonight by New Zealand and Australia at the 2016 Indo Pacific Championships in Napier. Olympian Dylan Schmidt took a clear gold in the men’s competition with Lauren Sampson from Australia claiming the women’s title.

Dylan (167.680) shared the podium with Australians Jarrod Spear (155.115) and Ryan Hatfield (150.260).  His second medal this weekend, after a silver on Friday in the synchronised competition, with team mate Sean Wilson.

Lauren’s win (143.310) was a welcome end to an inconsistent competition year, after mixed results at World Cup events in China, Italy and Switzerland.

“China was my first international senior competition – to be around and compete with athletes that I’d previously watched on live stream made me really nervous. I then got a personal best time of flight in Italy but then fell through the tramp is Switzerland.”

“I’ve always been a fairly average athlete but about two years ago I realised what I wanted out of the sport. I changed my mindset, stopped making excuses and now just do what my coach tells me to do.”

Lauren trains 16 hours a week and has spent a lot of time focussing on execution and consistency. 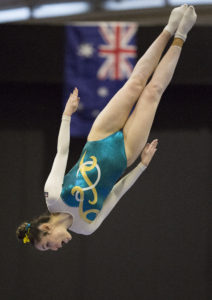 “My best moment here at Indos, besides winning my medal, was finishing my last skill in my finals routine and realising that I’d hit 30 out of 30 skills which is massive for me.”

Lauren also coaches six days a week and judges at state and national competitions. Her advice to up and coming athletes is to “stay focused on you, not what anyone else is doing, and keep working on doing better than what you did yesterday”.

The Indo Pacific Championships continue through to Tuesday at the Pettigrew Green Arena in Napier. 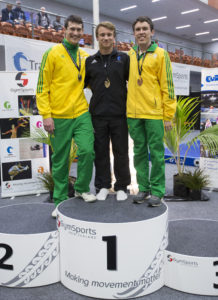 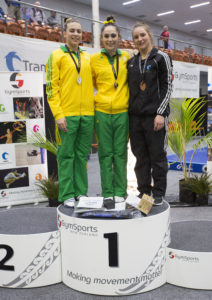