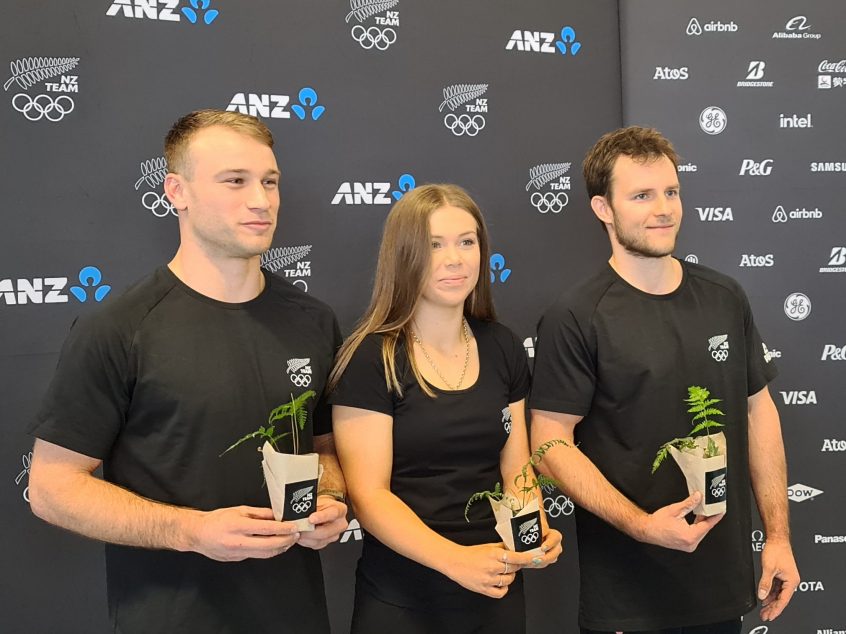 Three New Zealand gymnastics athletes have been selected for the Tokyo Olympic Games.

The gymnastics team for Tokyo 2020 is:

The selection makes Koudinov and Schmidt the first New Zealand gymnastics athletes to be selected to two Olympic teams, their first being Rio 2016.

But this is not Koudinov’s first time in the history books. He’s also competed at four Commonwealth Games, was the first New Zealander to make a gymnastics World Cup final, and also has a skill named after him in the international code of points. Koudinov’s specialty apparatus are the parallel bars and the high bar where he is currently ranked 9th and 19th in the world, respectively.

“This selection reflects all the work that I have done up to this point, giving me confidence in my training method.

“From Rio 2016 I learned the importance of balance and mindfulness, both of which I will be taking with me this time around into Tokyo,” said the 30-year-old.

Davidson’s selection today makes her the first New Zealand female to compete in the trampoline event. The 22-year-old set her sights on Tokyo in 2017 after she medalled in the World Age Group Competitions and is currently ranked 12th in the world.

“My selection to the New Zealand Team means everything. It is what we have been pushing for over the last four years and to finally get to this point is very exciting.

“We have always pushed for steady continuous growth with training, and that can be a challenge—particularly in the last year—but what kept me going was knowing that if I kept pushing then Tokyo was achievable,” says Davidson.

Schmidt entered the history books at Rio 2016 as the first New Zealander to compete in an Olympic trampoline event and follows it up with today’s selection to Tokyo 2020. The 24-year-old is currently ranked 8th in the world.

“At Rio 2016 I learnt that the Olympic experience is all over so fast, so for Tokyo, I want to be more present and in-the-moment and enjoy it.

“My biggest challenge has been my knee surgery in 2018 but Tokyo qualification was always front of mind and wanting to come out the other side better and stronger, kept me pushing through. This Olympic selection is validation of all my hard work. And it always feels good to be a part of the New Zealand Team,” says Schmidt.

The Rio 2016 gymnastics Olympic team was the biggest since Tokyo 1964, and today’s selection matches that.

“To send athletes to an Olympic Games is special, even more so this time for Tokyo considering the number and nature of those selected. Our first female trampoline athlete with Maddie is a watershed moment, and one we hope will be inspirational to all young girls and women in our sport. Less than 30% of Olympians are multi-Olympians and as such Misha and Dylan enter very select and illustrious company,” says Tony Compier, Gymnastics New Zealand Chief Executive.

“The qualification campaign cycle for Tokyo has been like no other before it. The selection of our athletes is a testament to their resilience, tenacity, and ability to perform at the highest level under unprecedented circumstances. We have no doubt that this adversity will stand them in good stead to represent New Zealand with pride and distinction in Tokyo.”

NZOC CEO Kereyn Smith extended her congratulations to the athletes.

“We’re thrilled to have three gymnastics athletes set to compete in Tokyo in a few weeks’ time.

Artistic gymnastics will begin on 24 July, with trampoline to begin on 30 July.

Mikhail (Misha) Koudinov
Misha’s selection to Tokyo 2020 makes him the first New Zealand artistic gymnast to attend two Olympic Games, after Rio 2016. Misha has also attended four Commonwealth Games. He was the first New Zealander to make a world cup final in 2007 and has continued to do so since, most recently at World Cup Melbourne in 2019 and 2020 and World Cup Baku in 2020. In 2017 Misha had a skill named after him—‘the Koudinov’—in the international code of points.

Misha’s biggest challenge has been raising a baby with his partner Dennise while continuing his training and working full time as Lead Coach at his club, Tri Star Gymnastics. Outside of gymnastics, he likes to spend time outside, exploring trails, and taking dips in the sea.

Madaline (Maddie) Davidson
Maddie is the first female from New Zealand to be selected to compete in the Trampoline event at an Olympic Games. Maddie medalled at the World Age Group Competitions in 2017 and had her sights set on Tokyo since. Maddie finished 4th in her last World Cup in Italy bringing her world ranking to 12th going into Tokyo.

Maddie lives in Christchurch and trains under coach, and ex-athlete, Alex Nilov at Olympia Gymnastic Sports. Outside of gymnastics, she enjoys travelling and hanging out with her friends.

Dylan lives and trains in Auckland at Icon Trampoline. Outside of gymnastics, he enjoys the outdoors, hunting and fishing, and plays golf. He is also an animal person and enjoys training his dog.