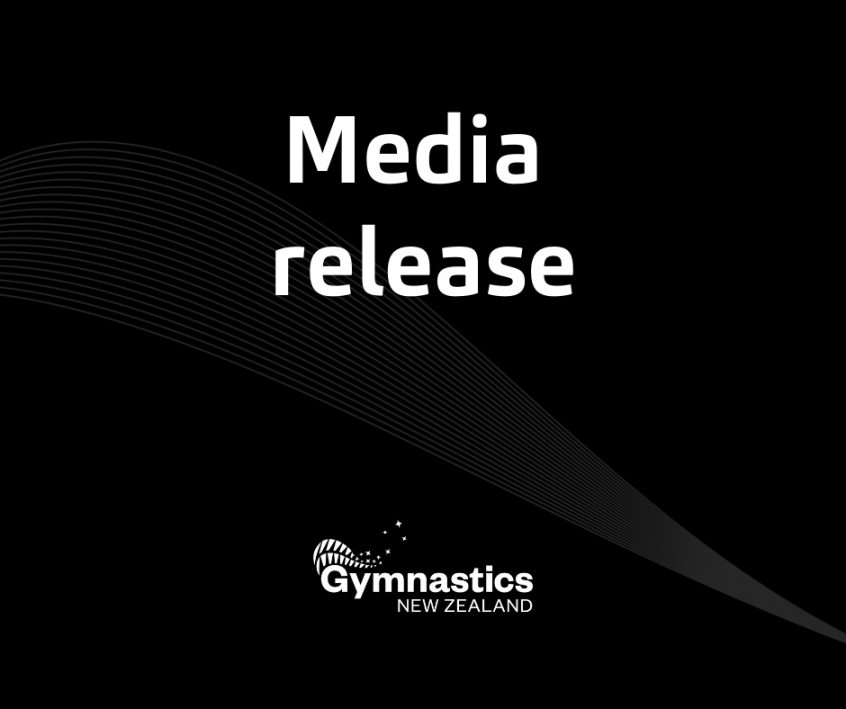 The men’s artistic gymnastics team is:

The rhythmic gymnasts are:

“As my fifth Commonwealth Games approaches, I am having more fun with my training than ever before,” said Koudinov.

“This selection affirms my training methods and reflects a lifestyle grounded in well-being and sports longevity. This selection also plays an important part in our future development, providing an enormous amount of experience for our team, as well as motivation for the future generation of New Zealand athletes. We’re all looking forward to this Commonwealth adventure and receiving the higher energy that such events bring to our growth.”

The team is a good mix of youth and experience. Ethan Dick, who is currently studying and training at Penn State University, will be heading into his second Commonwealth Games. His younger brother Sam Dick, as well as Fu Allen and O’Connell-Inns, will all be making their Commonwealth Games debuts.

Each athlete contributes individual specialties to the overall team potential. Koudinov is extremely strong on the parallel bars, while Ethan Dick will be aiming to better his Gold Coast 2018 sixth-place finish on floor. Sam Dick comes off two fourth-place vault finishes at the Youth Olympic Games and Junior World Championships. O’Connell-Inns brings a high degree of skill on the pommel horse, considered the most technical of the men’s six events, and Fu Allen adds an element of consistency to the team event as an all-around athlete, after some strong showings at world cup events in Cottbus and Doha earlier this year. Together, the team will be striving for a podium finish against powerhouse nations, England, Canada, and Australia.

In the women’s rhythmic gymnastics, both Chin and Hopman have attended multiple World Cups and international tournaments throughout Europe this year. This high level of competition against the traditionally strong eastern European nations has prepared them well for the Games.

“I am very excited, and my emotions are high. I am honoured and proud to represent my country”, said Hopman.

“We’ve had a lot of challenges in the last two years, but Havana has worked very hard to achieve her goal of representing New Zealand in Birmingham, and we are very proud of her,” adds Tracey Redhead, who coaches Havana alongside Elena Pirozhenko.

“My selection to the NZ Team is an honour,” said Chin.

“When I was younger, I watched other gymnasts compete at the Commonwealth Games and I always hoped that one day, I would get the chance. Now that I’m heading to Birmingham, I hope to be an inspiration for all the other young girls in rhythmic gymnastics to achieve their hopes and dreams because they can come true when you work hard, have the right people to help you get there, and good luck on your side.”

Gymnastics NZ CEO, Tony Compier says the organisation is delighted for all the athletes selected for this year’s Games.

“It is a tremendous honour and continues the tradition of a strong New Zealand gymnastics representation at this Commonwealth pinnacle,” said Tony.

“We know how hard the athletes have worked to get here, particularly during the last two years with Covid. This is a great boost to them, and our sport, to now have an opportunity to show the results of all their hard work in Birmingham.”

NZOC CEO Nicki Nicol extended her congratulations to the athletes.

“Well done to Gymnastics New Zealand and to these seven athletes. We’re thrilled to be taking a strong and exciting gymnastics team to the Games, and we look forward to watching them in action in several months time.”

The naming takes the total number of athletes currently selected to the New Zealand Team for Birmingham 2022 to 39.

Two-time Olympian Misha Koudinov will be attending his fifth Commonwealth Games when he competes as part of the men’s artistic gymnastics team at Birmingham 2022.

Koudinov trains at the Tri Star Gymnastics club in Auckland and is coached by David Phillips and Mark Jujnovich. His best performance came at the Rio 2016 Olympic Games with a 16th-place finish on the vault. He is the current Oceania All Around Champion. Koudinov is a parallel bars specialist.

Ethan Dick will be attending his second Commonwealth Games, competing as part of the men’s artistic gymnastics team at Birmingham 2022.

At the Gold Coast Commonwealth Games in 2018, he had a best placed finish of 6th on the floor. Dick currently trains at Penn State University in the USA but is based out of the Tri Star Gymnastics Club in Auckland alongside Misha Koudinov.

Sam Dick is the younger brother of Ethan and will be attending his first Commonwealth Games, competing as part of the men’s artistic gymnastics team at Birmingham 2022..

Dick has vast experience having attended the 2018 Youth Olympics and 2019 Junior World Championships where he placed 4th on the vault at both events. He is a vault and rings specialist and trains at the Tri Star Gymnastics Club.

William Fu Allen will be attending his first Commonwealth Games, competing as part of the men’s artistic gymnastics team at Birmingham 2022.

Fu Allen is an all around gymnast with his strongest apparatus being floor and vault. He is studying a Bachelor of Science, majoring in Biology at the University of Auckland.

Jorden O’Connell-Inns is from the Christchurch School of Gymnastics and will be attending his first Commonwealth Games, competing as part of the men’s artistic gymnastics team at Birmingham 2022.

O’Connell-Inns has vast experience, having attended multiple World Cups and World Championships. His best apparatus is the pommel horse. He is the Current All Around National Champion and is coached by Alex Pozdniakov.

Havana Hopman will be attending her first Commonwealth Games, coming off the back of a very successful World Cup circuit in 2022. She has been selected in her specialist apparatus, Clubs but will compete in each apparatus in the Rhythm Gymnastics event at the Games.

She trains out of the Counties Manukau Gymnastics Club in Auckland and is coached by Elena Pirozhenko, alongside Tracey Redhead. Hopman is studying towards a Bachelor of Health Science at the University of Auckland. In her time away from the gym, Havana enjoys spending time with family and friends, walking her dogs and baking for others.

Chin trains out of the Christchurch United Gymnastics Club in Templeton. She is trained by Rhythmic Gymnastics head coach Elena Mesheryakova.

About the Birmingham 2022 Commonwealth Games

The New Zealand Team will be represented by up to 230 athletes, competing in around 20 sports and three Para sports. Selections to the team will begin in early 2022, with women’s T20 cricket and 3×3 basketball to debut on the programme.

Birmingham 2022 will bring the largest ever Commonwealth Games Para-programme to life, and will make global sport history by becoming the first ever major multi-sport event to award more medals to women than men.

The Games will be the largest sporting event in the UK since the London 2012 Olympic Games.

Based in Auckland, Gymnastics New Zealand is the national body responsible for the development, promotion, governance, and leadership of gymnastics throughout New Zealand. Gymnastics encompasses both men’s and women’s artistic gymnastics, rhythmic gymnastics, aerobics, and trampoline. More at gymnasticsnz.com.