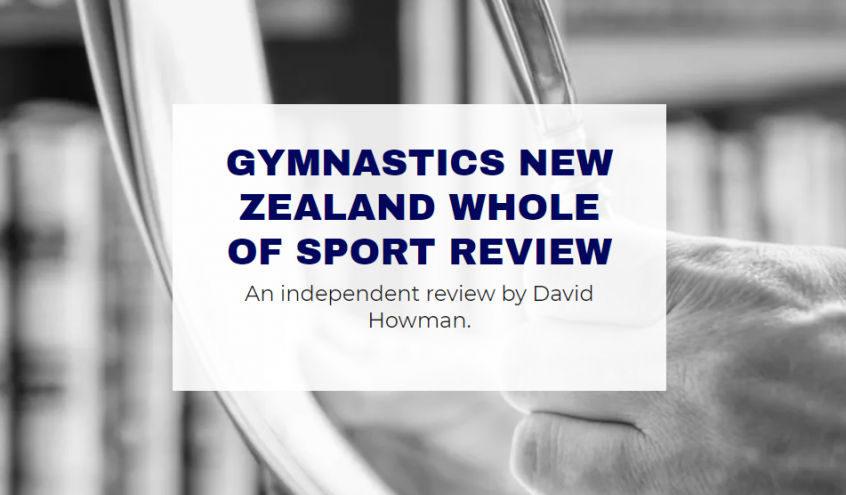 Dr Shane Collins is a former Olympian having competed at the 1992 Barcelona Olympics for the Black Sticks. She is a former CEO of Canterbury Rugby League and a lecturer in international sport policy. A graduate of the NZOC Women in Sport Leadership Academy, Dr Collins is currently a Senior Relationship Manager in the public sector and a Director of Hockey New Zealand.

Maree Burnett has held senior operational and governance roles across netball, equestrian and canoe/kayak. Her experience spans grassroots to elite sport. Maree currently serves on the Executive Committee and Board of Directors of the International Canoe Federation. She has a particular interest in athlete welfare, gender equity, diversity and inclusion issues in sport.

Dr Karina McHardy represented New Zealand in artistic gymnastics – winning national titles and placing fifth in her age group at the 1992 World Tumbling Championships. She has coached gymnasts across different ages and levels, including elite.

Karina’s experience includes clinical, academic, policy, strategy and health leadership roles including District Health Boards, ACC, the University of Oxford and the World Health Organisation. She holds an MSc in Global Health and a PhD in Public Health from the University of Oxford. Karina was a finalist in the 2020 New Zealand Women of Influence Awards for her public policy work. She is an advocate for diversity and consumer centred change in the health sector and broader society.

Chantal Brunner is a two-time Olympian representing New Zealand at Atlanta 1996 (Finalist) and Sydney 2000 in the Long Jump event. Chantal is the Chair of the NZOC’s Olympians’ Commission, a member of the Executive Board of the World Olympians’ Association, the IOC Athletes Entourage Commission and the Foundation Board of the International Testing Agency. She is also a member of the IOC Athletes Declaration of Rights and Responsibilities Steering Group, the Halberg Disability Sport Foundation Nomination Board and the Nomination Panel of World Athletics. She is currently Senior Legal Counsel at Les Mills International Limited and was previously on the panel of the NZ Sports Tribunal.

“The calibre of the Independent Appointments Panel is exceptional and we have confidence that the selection of the Steering Committee members is in very good hands,” said Tony Compier, Chief Executive at Gymnastics New Zealand.

“As part of the response to the Independent Review, the GNZSC will ensure an equitable and inclusive process engaging and collaborating with many people and groups, including survivors, former and current athletes, clubs, coaches, volunteers, relevant experts, as well as representative bodies – both past and present. All of these people and their thoughts and ideas will be critical as we move towards implementing the recommendations and the cultural change required in our sport,” said Compier.

Four athletes/survivors, a human rights advocate and a children’s advocate member will be selected by the independent Appointments Panel. The GNZSC will also include an independent chair and representatives from Gymnastics New Zealand and Sport New Zealand. It will operate under a set of guiding principles which include survivor voice and a commitment to upholding human rights.

The independent Appointments Panel is seeking to appoint a diverse membership in terms of lived experience including participation as a gymnast in competitive and high performance/elite gymnastics, the range of roles and clubs within the Gymnastics New Zealand community, demographics and geography. As part of this process, it will test the attributes, skills, knowledge and experience required for the Steering Committee members with the gymnastics community and stakeholders and seek feedback.

“This will be an open and transparent appointments process. Once we have tested and got feedback from our community and stakeholders on the skills, experience and competencies we think we need, we will then open up a call for expressions of interest. Essentially anyone can put their hand up to be involved and we will be promoting the roles widely to encourage this,” said Dr Collins, chair of the independent Appointments Panel.

“We have a commitment and responsibility to the 400 people who made submissions and to our gymnastics community to demonstrate that we are addressing the concerns outlined in the Independent Review effectively. While it has taken longer than we would have hoped, we are making progress. We are addressing complex and sensitive matters and we have taken the time that was needed to get things right,” said Compier.