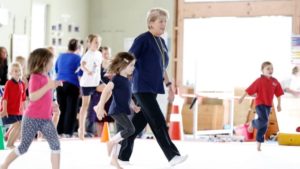 South Canterbury GymSports have appointed Sally Hart as their first full-time Head Coach / Programme Manager. Sally isn’t new to the gymnastics scene as she comes with 25 years of coaching experience, on top of national and international judging experience.

David Fridd, president of South Canterbury GymSports said they were excited to finally have appointed someone in this position as it was something they had been working on for some time, as part of the Club’s 10-year plan after securing their facility. David said since they had opened the doors to the new building their numbers had definitely increased beyond their expectations.

See also what Stuff.co.nz had to report.