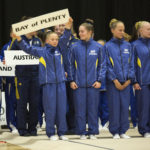 October has passed in a blur of events and now that we are into November it is a fast slide downhill to the end of term, end of year displays and Christmas. However we should stop to congratulate all the athletes who competed at this year’s New Zealand Gymsports Championships in Invercargill, and for some, also the Indo Pacific Championships in Hawkes Bay.

Feedback from team managers, coaches and athletes indicate that, despite the distance and logistical challenges that posed, 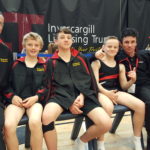 this year’s Championships event was a great success. A large percentage of those who attended had never been that far south before, and Invercargill certainly turned on the charm, (although who would have thought that it would have been fog that caused the challenges, rather than the snow that some feared!).
It was wonderful to see so many athletes from all 3 Midlands Provinces achieving personal bests, winning medals and performing well on the National stage, it was even more wonderful to see so many people having such a lot of fun, regardless of their placing, or performance. 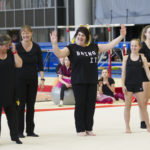 Indo’s provided some of the region’s top trampoline athletes and tumblers an opportunity to extend that competition and test themselves against other nations – what a great way to round out the competitive year and well done!

A huge thank you must be extended to all those working behind the scenes to get athletes to these events. It is a massive undertaking and involves so many people – coaches, Team Managers, chaperones, Provincial Nationals Committee members, parents and volunteers, who stepped forward to help out at the event. None of this is possible without your support and hard work, you deserve a good break over Christmas!!