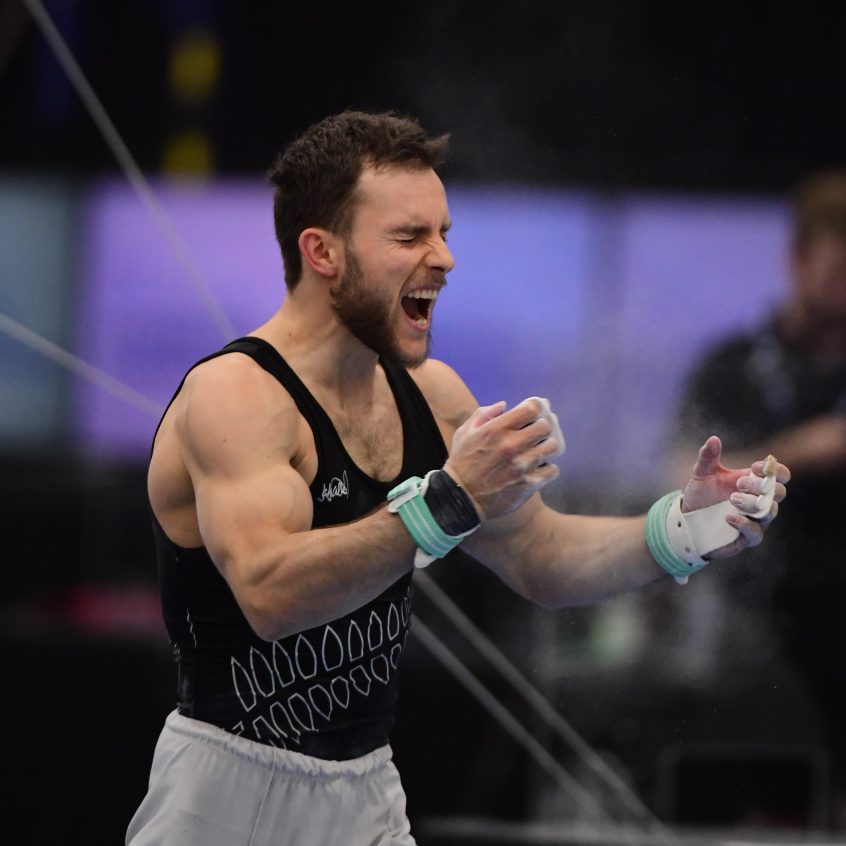 Mikhail (Misha) Koudinov won the 2021 Artistic Gymnastics Oceania Championships on the Gold Coast on Friday 21 May.

Misha took on the Australians single-handedly at their national championships which also served as the Oceania championships and the decider for the continental spot at the upcoming Tokyo 2020 Olympic Games.

Misha is no stranger to Olympic qualification as he was selected to the Rio Olympics in 2016, where he was part of the largest gymnastics contingent in the NZ Olympic team since Tokyo 1964. This year, he hopes to be selected for his second Olympics.

“Five years ago I was a developing athlete with a long way to go. I didn’t really grasp the specialness of the Olympic Games and was in the process of learning what it means to compete at a high level. This time around gymnastics is, even more, a part of my wellness-oriented lifestyle and I feel more equipped to enjoy the amazing opportunity.” Koudinov comments.

Misha works and trains at Tri Star Gymnastics in Auckland and has recently entered the new role of fatherhood. Between his commitments, Misha trains about 15 hours each week, which is about half that of most international athletes.

“With age comes wisdom. I know what I have to do to maximize my chances of success and have developed a training method that allows me to get everything done efficiently and still have time to take baby Mila for a walk outside, coach the TriStar lads, or catch an episode of my favourite shows,” says Koudinov.

Coach David Phillips is also no stranger to the Olympics, having competed himself in Sydney 2000 and then selected as coach with Misha in Rio 2016. David is also Chief Executive at Tri Star Gymnastics.

“It’s always a privilege to support athletes in their competition environment and on rare occasions, it all comes together in a way that is simply magical. Friday night was one of those moments and Misha did some of the most beautiful gymnastics of his life. Going into Oceania’s both Misha and I viewed his chances as fair but more ‘outside chance’ than ‘sure thing’ as the Aussie boys had been scoring pretty well in the lead up to the event. Any of the competitors could have won but as always it comes down to who can pull it together when it counts.

In his role as MAG Lead Coach Misha is clearly leading by example, but he also has a lovely way of bringing his athletes along with him. He is as excited about a young athlete achieving a simple element for the first time as he is seeing one of our senior athletes achieving on the world stage. It is this ability to connect with and celebrate every step of the athletes’ journey that makes him such an asset to our community.” says Phillips.

The next step in the Olympic qualification pathway is nomination to the New Zealand Olympic Committee for a selection decision.