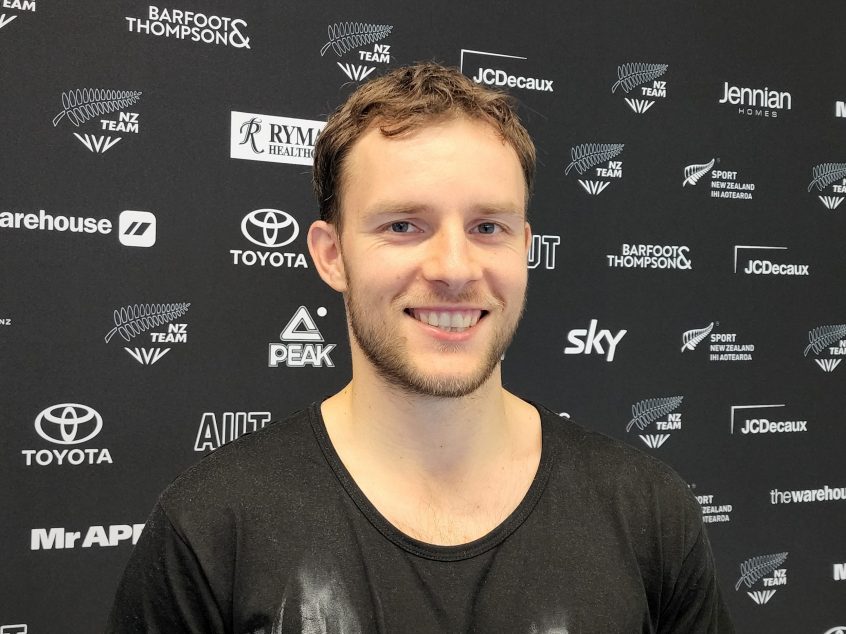 This morning at the opening ceremony of the 2022 New Zealand Gymnastics Championships, four athletes were recognised for their outstanding achievements in their respective gymnastics sports with the Gymnasts of the Year awards.

During the 2021-22 time period Misha has represented New Zealand at the Tokyo 2020 Olympic Games, World Cups at Cottbus, where he placed 9th on parallel bars, and at the Doha World Cup where he was the New Zealand coach. He then went on to place 2nd at the Oceania Continental Championships and apparatus placings of 1st on parallel bars and 3rd on rings.

Misha will lead a full men’s team into his fifth consecutive Commonwealth Games at Birmingham 2022, before heading to Liverpool for the 2022 Artistic Gymnastics World Championships.

Misha is a positive role model for all athletes. He is head men’s coach at Tri Star Gymnastics, coaching at local, national, and  international levels, and is involved in the MAG 360 program.

He is an incredibly dedicated athlete whose commitment to our sport is evident not only in his self-disciplined training routine but his willingness to improve other gymnasts and develop our sport.

Whilst on international tours Misha is an outstanding team leader where his personal experience places him in a great position to guide his teammates. We quote from a fellow ‘He has a positive attitude to “everything”!’

During the award timeframe, Kiera has competed internationally at the Cottbus World Cup, where she placed 7th of vault, and the Doha World Cup where she qualified for both the vault and floor finals but was unable to compete in these events following a positive COVID test. Having recovered, Kiera competed all-around at the Oceania Continental Championships and placed 5th on vault.

On return to New Zealand, she competed at the Central Championships with an all-around winning score of 49.00. Her international and national results have been a credit to both herself and her coaching and management team.

Havana has had a busy international competition year having competed at the Sofia, Tashkent, and Baku world cups, before finishing 3rd overall, two 3rd, and two 4th apparatus placings, at the Oceania Continental Championships. Oceania included a team event where New Zealand placed 2nd, making NZ history with a score of 100.65.

Havana has also been selected to the NZ Team for the Birmingham 2022 Commonwealth Games, and the 2022 Rhythmic Gymnastics World Championships.

Havana is a positive team member and is seen as an excellent role model. Throughout the trials and tribulations of COVID, she has remained positive and supportive, and totally committed to achieving her 2022 goals all whilst upholding a fantastic work ethic.

During the past 12 months, Dylan has placed 8th at the World Championships and gone down in the history books with his bronze medal-winning performance at the Tokyo 2020 Olympic Games—a magnificent achievement of which we are all very proud.

Dylan has contributed to his sport through coaching and judging, and giving time to young athletes, not just in trampoline clubs, but also in schools and at competitions. He shares his Olympic journey, signs autographs, and is an ambassador for trampoline throughout New Zealand.

On behalf of us all, we congratulate Dylan for his outstanding achievements during this past year.