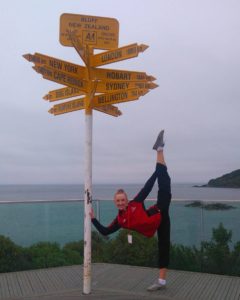 Keziah Oliver from Canterbury is no stranger to the Gymsports Championships having attended more than seven in her career so far, so we were interested to hear her thoughts on the Invercargill event this year…

“Nationals is always such an exciting trip and this year it was even more so. The venue in Invercargill was definitely world class and is the best I’ve competed at in New Zealand! It was such a smoothly run competition (at least for us gymnasts) and the layout was fantastic! Every code could fit and have a great warm up space too! I don’t often get a chance to explore NZ so having nationals down in Invercargill gave me a chance to pop down and see bluff and the great views along the way. Being such a small town made me skeptical at how such a big competition would go but it was like the whole town came together to support us It was really heart-warming and made the whole competition seem so much more exciting!

Southland is really top notch at supporting their sporting greats which really shows in how great the venue is and all of the posters and memorabilia were so inspiring, It was an honour to compete there.

My next goal is to get more involved in gymnastics and give back some of the skills it has given me, and then on to Commonwealths! I want to put NZ on the world stage by being the first NZ gymnast to go to two Commonwealth Games and really inspire the next generation. I would also love to work towards finally being able to compete at a World Championship too.” Keziah Oliver.

Keziah won silver in the Senior International Rhythmic all around competition, first in hoop, second in ball, third in clubs and second in ribbon.  We wish Keziah all the best with her next Commonwealths goal. 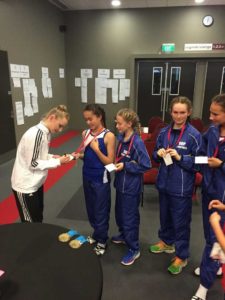 Signing autographs for other gymnasts. 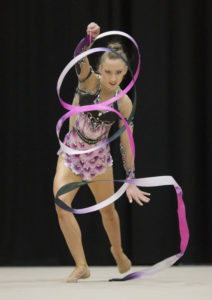 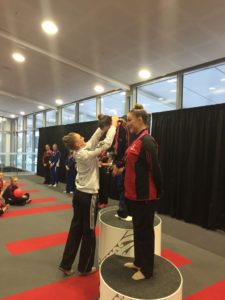