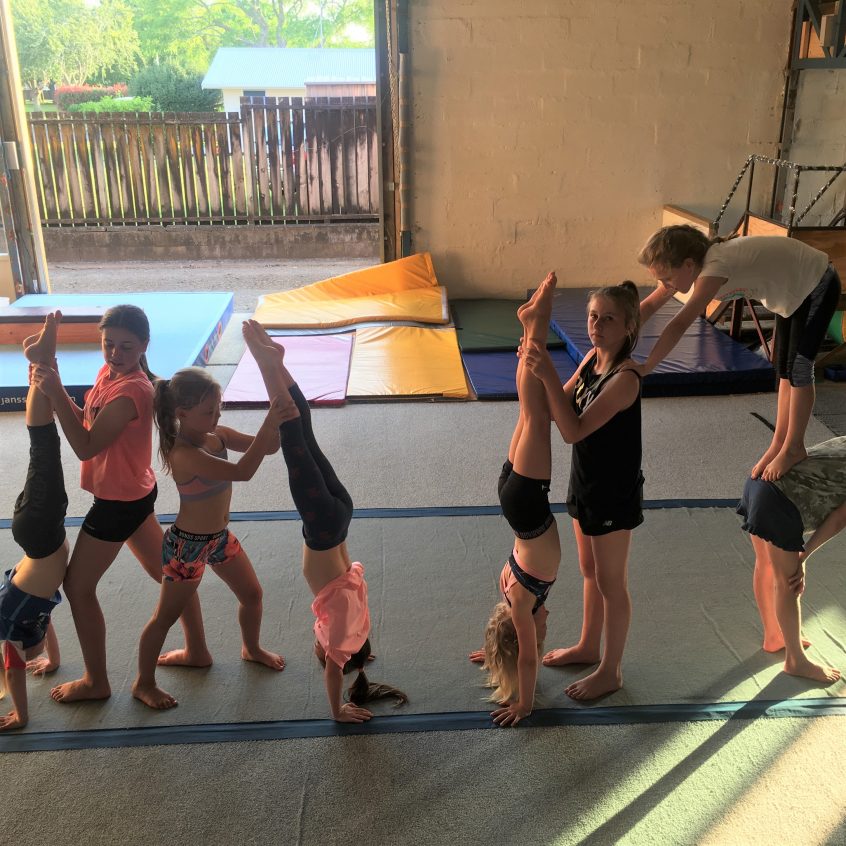 Like many clubs around the country, Cambridge Gymnastics has had to face the problem of limited access to facilities and growing waitlists.

For a long time, the club was situated out of a local primary school where they had to pack in and pack out every day. While they did have access to the school hall three days a week, it was only once the afterschool program was finished, meaning the club couldn’t start any classes before 5:30 pm. Despite these limitations, Cambridge Gymnastics has been very proactive in introducing new programmes like TeamGym and buying gear that could be easily packed away into the small storage cupboard.

At the end of last year, the strain on coaches and volunteers from constant shifting and packing of gear had made the facility situation unsustainable and the committee decided that a new facility where they could leave the gear out was an urgent priority. Cambridge is very limited in community facility space so there was no option to hire anything from the council. This only left commercial options with their associated high rates making the cost prohibitive for the club. A very passionate committee member investigated every possible building and managed to find an old facility that the owner was looking to repurpose.

After much negotiation and budgeting, the club officially moved to its new location at the end of term 3 this year. Moving has solved many space and accessibility challenges, and everyone is enjoying the benefits of a permanently set up gym. As the existing timetable was working well for the club, the committee was keen to continue to support their current membership by not changing it. Instead, they have made the most of the new space by adding in extra classes that gave current families and future members more options. This has worked well with the later timeslots still full and some members moving to the after-school spaces.

Heading into 2019 Cambridge Gymnastics is looking to capitalise on its new facility and meet increased lease costs by offering new programs like PlayGym and expanding its growing TeamGym and Tumbling programmes. The club is lucky to have a great team of coaches who are keen to expand their coaching to support this growth. The club aims to start the year with a strong advertising campaign so the wider Cambridge community know about the new venue and that classes available and the new timetable that offers classes straight after school as well as in the evening.