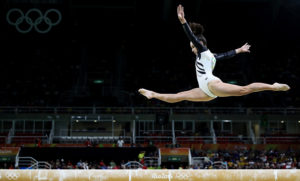 After Courtney completed her second vault, the score for this vault, and then her average of the two vault scores was shown. Approximately 20 minutes later, the second vault score was amended which consequently brought the average score down.

“We protested on two key points of the competition rules.” said Tony Compier – GymSports NZ CEO. “Firstly, that neither the coach nor the athlete were afforded the opportunity to challenge the down-grading of the score before it was changed. Secondly, the competition rules state that once a score is ‘published’, i.e. shown in the arena, it cannot be changed at a later date.”

The result of the successful appeal is that McGregor is elevated from 16th to 13th position. As the youngest member of NZ’s Olympic Team in Rio, this further enhances her prospects of building on this result at the next Olympiad in Tokyo, 2020.