GymSports New Zealand has announced that the best gymnasts in the country will compete for national titles in three different cities this year.

Nelson will play host to the NZ Artistic Gymnastics Championships, at the recently renovated Trafalgar Centre, from 4 – 8 October. GymSports NZ will work alongside Gymnastics Nelson and the wider Top of the South community to deliver the event, where more than 500 young athletes, officials and volunteers and 1,500 spectators are expected to descend on Nelson for the event. 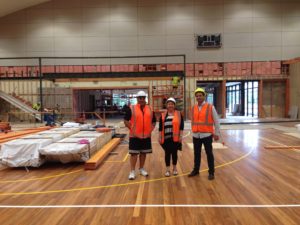 “The Trafalgar Centre has undergone significant renovations to make the venue more seismic safe as well as to attract a broader range of major events so, for us and for our vibrant city, it is fantastic news that we have secured the NZ Artistic Gymnastics Championships for 2017.” – Brent Maru, General Manager Facilities, Sport Tasman. 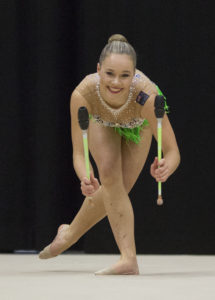 Aerobics and Rhythmic Gymnastics will converge on the ASB Stadium in Kohimarama, Auckland from 5 – 10 October. The stadium has played host to many rhythmic gymnastics competitions over recent years and are well equipped for the National Championships. More than 300 young athletes and officials are expected to bring more than 1.000 spectators through the doors for the event.

“ASB Stadium is thrilled to be hosting the NZ Aerobics and Rhythmic Gymnastics Championships in October this year. We have a long history with gymsports, they have a fantastic fan base and this is such an exciting event for the city and the local community. We look forward to playing a key part in showcasing the high level of skill and ability of athletes from across New Zealand.” – Brian Tomlinson, General Manager, ASB Stadium. 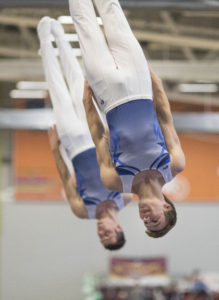 The NZ Trampoline Championships will be hosted by the Garden City of Christchurch where GymSports NZ is partnering with the Gymsports in Canterbury Trust to deliver the event.  More than 200 young athletes and their entourage are expected to bring more than 1,000 spectators to the Pioneer Stadium from 11 – 14 October.

“The Championships will stage athletes from Invercargill to Northland, as well as a full team from Australia for the Trans-Tasman Trophy, across all four trampoline disciplines. The three Canterbury Trampoline Clubs will work together as an opportunity to build on the profile of the sport following Olympian Dylan Schmidt’s outstanding performance in Rio last year.” – Nigel Humphreys, Chairman, Gymsports in Canterbury Trust.

“All five Gymsports Championships have predominantly been under the one roof since 2008. This change in structure presents a range of opportunities to our member clubs and their regions, including increased access to funding for much-needed equipment and the ability for more areas of the country to host the pinnacle events for our sports.” Rebecca Weber, Events Manager, GymSports NZ.

GymSports NZ will run the application process for the 2018 and 2019 Championships with member clubs mid-this year, with those venues to be announced at the 2017 Championships. The 2020 Olympic year will be the next time that all five sports will compete back under one roof.