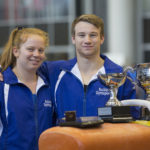 Five days of competition saw 16 provinces battle it out at the 2016 New Zealand Gymsports Championships, where Auckland and Canterbury dominated the National titles. 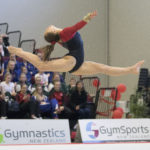 The rhythmic gymnastics title was won by Aucklander Clementine Hutchison. And Laura Furse from Gymsport Manukau has earned the title of NZ Aerobics Champion, the only national title won outside of the Auckland and Canterbury provinces.

More than 2,600 tickets were sold over the 5-day event providing some great school holiday entertainment for locals and visitors alike. 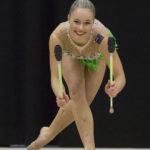 “The team at ILT Stadium Southland have not only delivered on their world class venue, but have made us feel at home the whole week. The local community has also blown us away. Over 160 volunteers staffed the event, more than half of which were locals. Some people just saw the event on our Facebook page and put their hand up to help for the 5 days – some as far as Tapanui!” 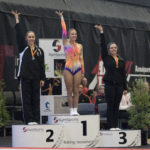 “The event has been a huge success. Even in this competitive environment, it’s refreshing to see so much camaraderie between athletes. It was clearly evident that a lot of new friends were made over the course of the event – the sense of community was definitely a highlight.” – Tony Compier, GymSports NZ CEO