GymSports New Zealand is pleased to announce another sport record, to what has been a year of ‘firsts’ for the national sports organisation.

High Performance Sport New Zealand (HPSNZ) announced this morning their Campaign Investment decisions for 2017 and on the list is women’s artistic gymnast Courtney McGregor. Courtney was the baby of the New Zealand Olympic Team in Rio, where she finished 13th in her specialty apparatus of vault. 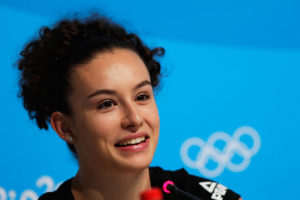 “As far as we are aware, Courtney is the first women’s artistic gymnast to be funded by HPSNZ. This is a substantial achievement for both Courtney and for the sports of gymnastics in New Zealand,” commented Tony Compier, CEO GymSports NZ.

HPSNZ have committed to a two-year investment contributing to Courtney’s campaign, as well as access to carded athlete services. Courtney is currently at Boise State University on a four-year, full ride scholarship under Head Coaches Tina Bird and Neil Resnick. The two led the College team to a record 15 meet unbeaten regular season last year.

“I’m learning so much here at Boise and to know that my hard work and goals are being recognised and supported from home is fantastic. It also helps to justify all the time and money that my parents have invested in my gymnastics over the years to get me here. I’m stoked,” says Courtney. 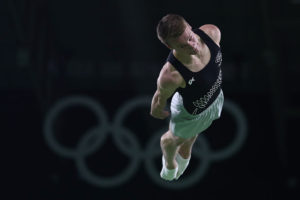 Included also in the HPSNZ Campaign Investments is trampoline young gun Dylan Schmidt, who debuted New Zealand on the Olympic trampoline stage and finished 7th in Rio this year. Dylan was first recognised by HPSNZ after taking gold at the Youth Olympic Games two years ago. Since then, Dylan’s upward performance trajectory has gone hand in hand with increased support from HPSNZ.

“Olympic podium is my next goal and the increased funding from HPSNZ shows that they also believe I can achieve that. I feel like I’m on the right track to where I want to go, and am excited to be able to do more of what I’ve been doing,” says Dylan.

“At the core of the HPSNZ investment approach is our ‘performance driven’ philosophy. We look forward to seeing Courtney and Dylan progress from their performances in Rio, as we look ahead to Tokyo 2020,” commented Alex Baumann, Chief Executive HPSNZ.

“Today’s announcements are a testament to the progress our sports have made on the world stage over the last couple of years. It is a significant increase in HPSNZ commitment to date, showing a shared belief in the potential and aspirations that Courtney and Dylan are showing. We look forward to continuing to work alongside HPSNZ in building on this progress over the announced investment cycle.” Tony Compier, CEO GymSports NZ.