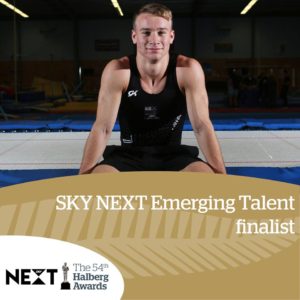 A big congratulations goes out to Olympian Dylan Schmidt who has been announced as a finalist for the SKY NEXT Emerging Talent Halberg Award for the second year running.

Dylan has demonstrated a clear upward trajectory since his gold-winning performance at the Youth Olympic Games in 2014.  He went on to finish 15th at the 2015 World Championships in his first senior year of competition.  2016 saw him on the podium at the Pacific Rim Championships in Seattle with a bronze, followed by a silver at the Olympic Games Test Event.  He then made finals at Rio 2016, finishing 7th and went down in the history books as the first ever New Zealander in the Trampoline competition at an Olympic Games.

We’ll be cheering Dylan on, on Thursday 9 February when the winner will be announced at the 54th Halberg Awards ceremony, held at Vector Arena in Auckland and televised live on Sky Sport.