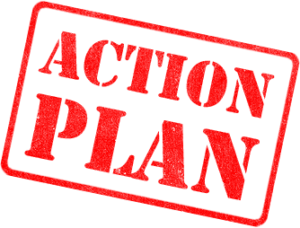 Club capability development is a crucial part of the Regional Relationship Manager (RRM) role. However, the needs of Clubs vary from Club to Club and region to region. With a small team working across the entire country, Regional Action Plans (RAPs) were developed in 2015 to capture the key National and Regional priorities and to ensure that these sit at the centre of the work that RRMs undertake with the Clubs in their regions. The plans enable RRMs to focus their time effectively and to share information and resources better across the country where similarities in need appear.

The original RAPs were developed in mid-2015 after consultation with all Clubs on their key priorities and ran through until the beginning on 2017. The National priorities included:
· National Facility strategy
· Funding & Fundraising
· Health & Safety

Regional priorities varied throughout the country including volunteer management, membership growth, marketing and health and safety. As a result of the work on RAPs, a number of resources and templates have been created for Clubs to use including the Grant Funding Guide, Committee Induction Handbook and Staff/Volunteer Induction Handbook templates. These sit alongside a range of specific projects including the introduction of Aerobics in Waikato secondary schools, regional education funding in the Wellington area, coach and judge education plans and Club succession plans.

In early 2017 these were reviewed and Clubs were consulted to identify whether priorities remained the same or whether new priorities were more important. Input from Clubs shaped the 2017 RAPs which now direct a significant part of the RRM work with Clubs.

In 2017 the National priorities include:
· Health and Safety
· Fundraising and sponsorship
· Human resources

Work is underway to complete Health and Safety guidelines for Clubs and similar work is being started with the other two priorities.

Common regional priorities this year include growth through the introduction of new programmes; volunteer support and coach and judge education; and work is underway to deliver outcomes across these and the other priority areas. Successful grant applications for coach and judge education in the Otago and Southland regions, the introduction of TeamGym in the Waikato, an exciting project looking at increasing U5’s participation in Wellington and a range of mentoring projects across the country are a few examples of what has been achieved to date. These plans will be reviewed again at the start of 2018 and updated to ensure that RRM work continues to be focused on the areas that are most important to Clubs.