18-year-old Lachlan (Lachie) Smith from North Shore Trampoline Club in Auckland, took the men’s senior double-mini title. Lachie was introduced to trampoline through a holiday programme at five years old and was hooked.

He was “stoked” with his win, saying that his highlight was getting through all of his DMT passes. “I bombed trampoline at Nationals a couple of weeks back, which was a bit of a wakeup call, so there was more pressure for Indos.”

Lachie trains four times a week and aims someday to make it to the Trampoline World Open Championships. He will compete again Sunday evening in the individual trampoline event yesterday. 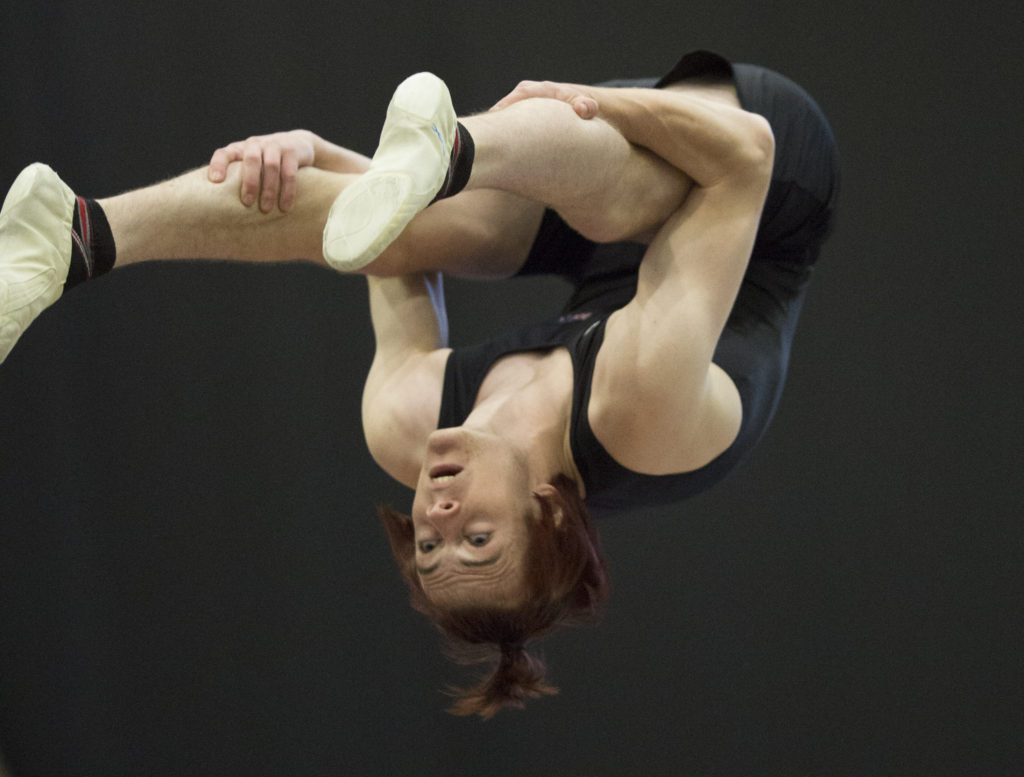 Bronwyn Dibb from ICE Trampoline in Christchurch has won the women’s double-mini title. This comes after winning the senior women’s synchro competition with Rachel Schmidt on Friday. “Double-mini is my event so I was really happy to win it.”

Often cart wheeling and doing flips as a child, Bronwyn’s mum decided to sign her up to gymnastics. From there Bronwyn discovered trampoline and has never looked back. Bronwyn’s first senior open competition was the 2015 World Championships in Denmark where she finished 8th and also qualified a spot at the 2017 World Games in Portugal.