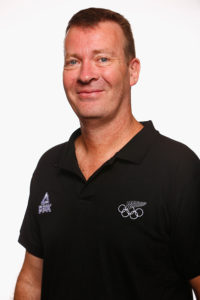 In recently submitting applications for the latest round of High Performance Sport New Zealand funding, a coaching provision within campaign funding was included. The need to secure coaching services to ensure a continuation of the upward trajectory of recent trampoline performances, most notably Dylan Schmidt making finals at Rio, was seen as vital. The substantial increase in trampoline campaign funding, announced by HPSNZ in December, allows for the part-provision of coaching services for the next two years. Complimenting this was the Board of GymSports NZ agreeing to a co-funding arrangement of the coaching position so that it could be full time, and operate in a National capacity, as well as a campaign capacity.

As a result of this, I am delighted to announce that Jarrod Heriot has been appointed as the National Coach – Trampoline. Currently the coach of a number of performance athletes, including Dylan, Jarrod has an extensive resume of trampoline coaching, culminating in the Rio Olympics last year. Securing Jarrod’s services for at least the next two years, so as to be able to build on the great work being done throughout the trampoline community, is a real boost to our high performance prospects. Whilst the majority of Jarrod’s time will be spent on the campaign, there will be time for Jarrod to work with GymSports NZ regarding high performance pathways, framework and content. Within this will also be the opportunity to work with a select group of athletes in what will be a newly formed national squad, as well as coaches around New Zealand to better coordinate the efforts of trampoline high performance in New Zealand.

“I am delighted, and indeed somewhat relieved, to have my coaching future secured.” said Jarrod. “Whilst there will be a strong focus on the campaign, I am excited by the prospect of working with a number of athletes with great potential, and most importantly their coaches, in building a program of trampoline excellence in NZ. I have thoroughly enjoyed my time with Angie and the team at Extreme trampoline and have really appreciated their support. I am looking forward to the next chapter of my coaching career and building on the strong base this has provided.” added Jarrod.

I am sure you will all join me in welcoming Jarrod into his new role, and I encourage you to provide Jarrod with all the support he needs in helping this new role to add value to the national landscape.
– Tony Compier, CEO